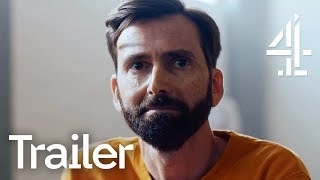 2020 is off to a flying start! Keen-eyed viewers who last Friday tuned into the new Channel 4 thriller, Deadwater Fell, starring David Tennant, may have spotted the part of the pre-title scenes were filmed on the B828, near the Rest and Be Thankful. Hailed as the new ‘Broadchurch’, which was also a massive hit for Tennant, Deadwater Fell is just the latest major drama to have chosen Argyll and Bute as one of its locations. Filming took place in August last year. During 2019,