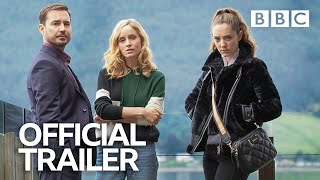 Last August and September Argyll and Bute Film Office helped The Nest Productions Ltd to set one of their main locations on our beautiful Rosneath Peninsula. The Nest is a five-part series, currently being trailed on the BBC, starring Martin Compston and Sophie Rundle. Described as an emotional thriller from Bafta-winning Nicole Taylor, the story explores a surrogacy pact between a wealthy couple and a teenage girl. Argyll and Bute Film Office and the roads department were de